WHAT WE HAVE DONE SO FAR 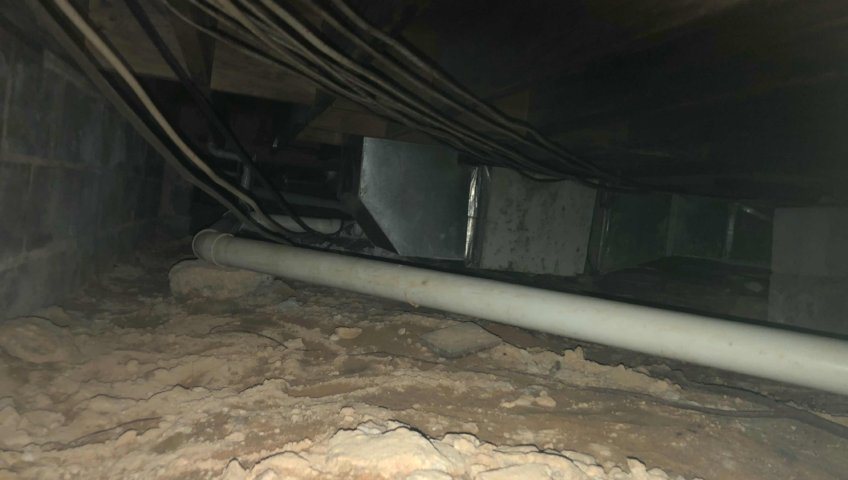 Jalon called and spoke to Russ about problems in his crawl space. He was concerned about high humidity, in turn causing mold growth. He was currently renting the house with plans to purchase within 60 days and needed the issues in the crawl space taken care of in order for that to happen. He stated that the seller of the house would be paying for any necessary repairs. Russ educated the customer on encapsulation during the initial phone consultation. An appointment was then set to inspect the crawl space and provide a plan of repair.

SouthernDry’s Project Planner, Calvin arrived on time for the inspection. He determined that encapsulation was necessary to reduce the humidity in the crawl space, along with remediation of mold. Calvin’s estimate included almost 1700 square feet of WhiteCap
20 mil vapor barrier, a Santa Fe Compact 2 dehumidifier, antimicrobial wash and HEPA
vac treatment for mold remediation, and a new crawl space door. Additionally, Calvin
told the customer that SouthernDry would sister 6 floor joists. Another waterproofing company had met with Jalon prior to Calvin’s appointment, but Jalon decided that SouthernDry provided the best plan of repair for the best price and felt that he would get the best customer experience. Once the crew had completed the project, the customer was extremely happy and took comfort knowing his crawl space had gone from funky to fresh. 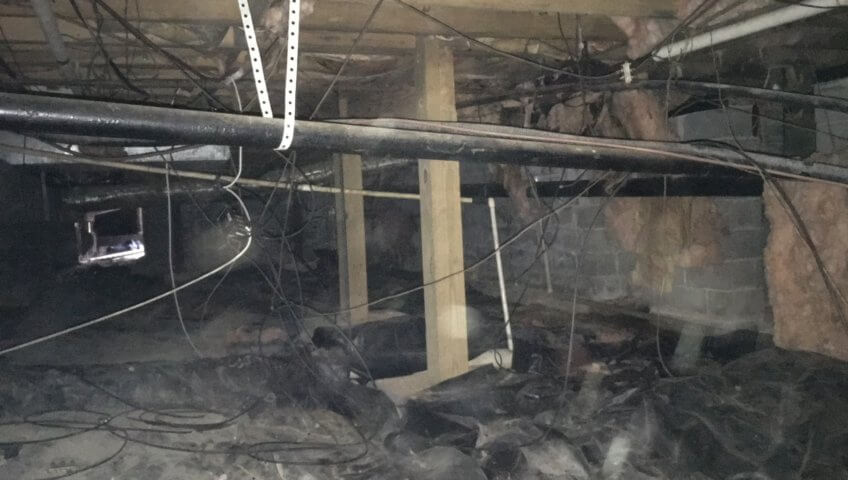 A homeowner, in Birmingham Alabama, called SouthernDry because of high humidity in her crawlspace. She was concerned about escalating costs of heating and cooling her home. She was also concerned about the long term effects that humidity and moisture can have on a crawl space (ie. damage to joists and subfloors, mold etc.) She was getting other quotes from crawl space companies near her and liked the SouthernDry website. Doing business with a local company was also important to her.

After a thorough inspection by the SouthernDry project planner, it was determined that the best solution for the customer was total crawl space encapsulation using the WhiteCap System. First our installers removed the existing damp fiberglass insulation and debris from the crawl space. Next we installed 20 mil WhiteCap reinforced poly vapor barrier on the walls and floor to seal the crawl space from the outside elements. Our final steps were installing a professional sealed crawl space door and a high capacity dehumidifier to clean the air and manage humidity. The crawl space was completely transformed into a healthy new area that can be used for storage and improves the health of the entire home. SouthernDry communicated with the customer throughout the entire process to make sure every detail was understood and the project was completed to satisfaction.

Quotes from the homeowner:

Southern Dry did a great job encapsulating my crawl space. I would definitely use them again!!
Tonja B.
Birmingham, Alabama 35005

SouthernDry received a phone call from Clyde with concerns of high humidity and dampness in his crawl space as well inside his house. Mr. Clyde stated his house was slightly on a hill and had some drainage/grading issues that led to water getting under his house. He had researched crawlspace encapsulation online and felt this was a possible option for him, however after getting other quotes, he felt this option was out of his price range.

The team at SouthernDry assured Clyde that they could work within his budget and suggested setting an appointment to have his crawl space inspected for free. An appointment was set and John Kabel, owner of SouthernDry, met with Clyde to inspect the crawl space and determine the best solution to the problem at hand. After the inspection John suggested a full interior perimeter drainage system with a battery backup sump pump, to protect against flooding during power outages, followed by a total crawlspace encapsulation using a 20mil WhiteCap vapor barrier. After Clyde and John agreed on a price, the work was performed by SouthernDry’s certified installers and the problem of high humidity and dampness was solved. Clyde will no longer live in discomfort of having allergens and humidity in is crawl space. Clyde will also have the peace of mind knowing that the work performed came with a transferable life of the structure warranty!

Any Quotes from the homeowner:

I have had the total encapsulation for one week now, I am proud to say my relative humidity in my house now stays around 38-40%, I have actually had to raise my thermostat due to it feeling so much cooler and comfortable in my house with the lower humidity levels. I called around and compared prices and Southern Dry was by far the least expensive and the most personable and easy to work with. And my crawlspace is dry as a bone. If you have moisture problems or high humidity in your home I would definitely recommend giving John Kabel with Southern Dry a call.